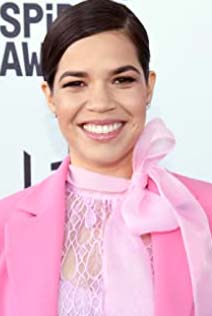 America Ferrera has signed on to play opposite Margot Robbie in "Barbie", the upcoming movie from Warner Bros., Mattel and Robbie's LuckyChap Entertainment.

Greta Gerwig is directing "Barbie", in which Ferrera will star opposite Ryan Gosling and Margot Robbie. Robbie will play Barbie and Gosling will play Ken, but it is not yet known which role Ferrera will play.

Best known for her Emmy-winning work on screen in projects like Ugly Betty, Real Women Have Curves, and as a voice actor in the popular How to Train Your Dragon franchise, Ferrera expanded her resume by producing the hit NBC comedy workplace comedy Superstore and Netflix’s Gentefied. She also stepped behind the camera to direct multiple episodes of both shows.

Greta Gerwig wrote the screenplay, along with her partner Noah Baumbach. This will be Gerwig’s third feature film following her debut, "Lady Bird", and her adaptation of "Little Women", both of which scored Best Picture nominations at the Oscars.
Executive producers are Josey McNamara for LuckyChap Entertainment. Robbie will also produce with Tom Ackerley for LuckyChap Entertainment alongside Mattel executive producer Robbie Brenner, who heads the toy company’s film division.