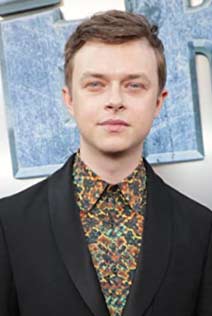 Dane Dehaan has joined the cast of "Oppenheimer", the next film from director Christopher Nolan.

Details about DeHaan's role is being kept under wraps. He joins Cillian Murphy in the title role as the father of the Atomic Bomb, J. Robert Oppenheimer. The rest of the cast includes Robert Downey Jr, Matt Damon, Emily Blunt, Florence Pugh, Rami Malek, Benny Safdie and Josh Hartnett.

Oppenheimer, which Nolan wrote and will direct for Universal, is drawn from the book American Prometheus: The Triumph And Tragedy Of J. Robert Oppenheimer by Kai Bird and Martin J. Sherwin. It'll chart how Oppenheimer played a key role in the creation of atomic weapons, yet later came to have complicated feelings about their deadly power. He lobbied for international control of nuclear power and opposed the creation of the even more destructive hydrogen bomb.

Dehaan will next appear in the HBO Max series The Staircase, having recently starred in the Apple series Lisey’s Story based on the novel by Stephen King. The actor has also featured in series including ZeroZeroZero, True Blood and In Treatment, along with such films as Tulip Fever, A Cure for Wellness, Knight of Cups, The Amazing Spider-Man 2, Life After Beth, Kill Your Darlings, Lincoln, The Place Beyond the Pines, Lawless, Jack & Diane and Chronicle.