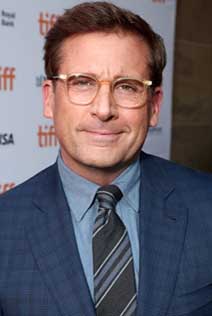 Steve Carell is set to join former Office cohort John Krasinski in the Quiet Place helmer’s next directing gig IF at Paramount Pictures.

Krasinski will write, direct and star in the film. Along with Carell, An Officer and a Gentleman and Roots star Louis Gossett Jr., Minari breakout Alan Kim, and The Walking Dead actor Cailey Fleming have also been added to the call sheet. They will join previously announced cast members Ryan Reynolds, Phoebe Waller-Bridge and Fiona Shaw.

Details are being kept under wraps, but the story is based on Krasinski’s original idea about a child’s journey to rediscover their imagination. Krasinski will direct, write and produce the original film via his company, Sunday Night, with partners Allyson Seeger and Andrew Form producing.

For Carell and Krasinski, this marks the first project the two have worked on since their days on the hit NBC series The Office, which ended in 2013. The two former employees of Dunder Mifflin Paper Company earned great success on the series that put Krasinski on the map and turned Carell into a TV star.