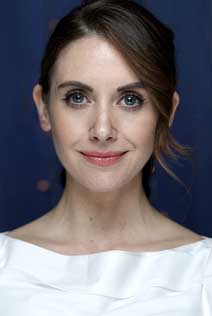 Alison Brie is set to star opposite John Cena in Freelance, an action-comedy directed by Taken helmer Pierre Morel.

Taken director Pierre Morel will direct Jacob Lentz' script. It focuses on an ex-special forces operator (Cena) who, desperate to escape his humdrum life, takes a job providing security for a journalist (Brie) who is hoping to salvage her career by interviewing a dictator. Things go sideways when a military coup breaks out in the middle of the interview, and the mismatched duo, along with the dictator, escape to the jungle where they must survive the military chasing them, animals hunting them and each other.

John Cena can currently be found headlining HBO Max’s raucous The Suicide Squad spinoff Peacemaker, while he recently voiced his desire to be invited back as Jakob Toretto for the tenth and eleventh chapters in the Fast & Furious franchise.

Alison Brie was a lead on GLOW, the gone-too-soon comedic drama that gained a loyal fan base over its three seasons on Netflix.
Featurewise, she appeared in Promising Young Woman and Happiest Season, both released in 2020, and will next be seen in romantic comedy Somebody I Used to Know, directed by husband Dave Franco.