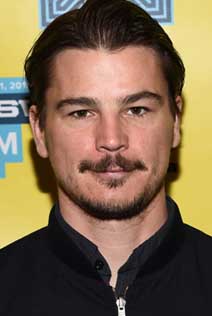 Josh Hartnett has signed on to join the cast of Christopher Nolan's ensemble biopic "Oppenheimer" at Universal Pictures.

He joins an A-list cast already includes Emily Blunt, Matt Damon, Robert Downey Jr., Florence Pugh, Rami Malek and Cillian Murphy, who is set to star in the title role as J. Robert Oppenheimer, the scientist who ran the Manhattan Project that led to the invention of the atomic bomb. The film will bow on July 21, 2023, a slot typically saved for Nolan films in the past.

Universal will distribute Oppenheimer theatrically worldwide and release the film in North America. Nolan will also be producing along with Emma Thomas and Atlas Entertainment’s Charles Roven. The film is based on the Pulitzer Prize-winning book American Prometheus: The Triumph and Tragedy of J. Robert Oppenheimer by Kai Bird and the late Martin J. Sherwin.

Hartnett joining the cast is a full circle moment for both him and Nolan going all the way back to when Nolan was interested in him playing Bruce Wayne before ultimately tapping Christian Bale for the job in Batman Begins.

Josh Hartnett will next be seen in Guy Ritchie's Operation Fortune: Ruse De Guerre, due out on 18 March.