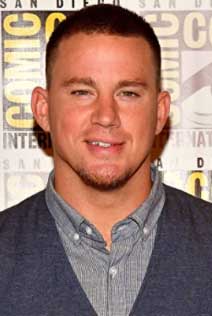 Warner Bros. is planning the next installment in the franchise, Magic Mike’s Last Dance, with Tatum set to return as Mike Lane, Soderbergh directing and Carolin writing the script to the sequel, which will premiere exclusively on HBO Max. Gregory Jacobs, who directed the 2015 hit Magic Mike XXL, returns to produce along with Carolin, Nick Wechsler and Peter Kiernan.

On Monday, Nov. 29, Channing Tatum confirmed on social media that he will be part of another Magic Mike film.

"Well world, looks like Mike Lane's tapping back in," the actor wrote on Instagram with a photo of the script. "Let's go!!".

According to Channing's post, Reid Carolin will write the script to the sequel, which is expected to premiere on HBO Max. Steven Soderbergh will direct the film, which is officially called Magic Mike's Last Dance.