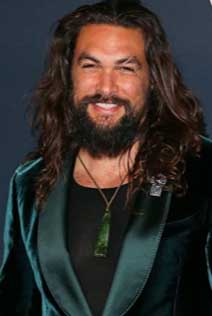 Jason Momoa and Dave Bautista’s untitled buddy cop film looks like it will be heading to MGM. The studio won the auction for the project after four studios bid for it as the pair pitched it to several prospective buyers.

Banshee and Warrior creator Jonathan Tropper, has written the script for the film, which the actors have been pitching around Hollywood. What little we do know about the film so far is that it's a Lethal Weapon-style buddy cop comedy to be shot in Hawaii.

Bautista got the idea rolling via a tweet, and Momoa confirmed it while on The Late Show With James Corden.

The pitch will see Momoa and Bautista "play brothers in a Lethal Weapon-esque buddy cop comedy likely to shoot in Hawaii." The film likely won't begin production until 2023 due to both Momoa and Bautista's busy schedules.

Momoa is currently filming Aquaman and the Lost Kingdom while Bautista will soon be filming Guardians of the Galaxy 3 as well as the recently announced Dune Part Two, the latter of which will begin production next year.