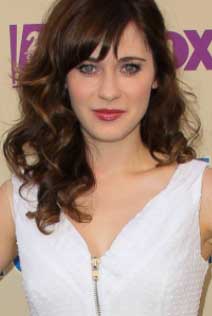 Zooey Deschanel, Casey Affleck and Noah Jupe have been cast in Dreamin’ Wild, an indie drama from Bill Pohlad centered on a recently rediscovered and reappraised musical act, Donnie and Joe Emerson.

"Dreamin' Wild" tells the true story of the Emerson family and the tumult that followed the success of their self-recorded pop-funk album of the same name, which went largely unnoticed until critics rediscovered and reappraised it decades later. Now, as an adult, Donnie is forced to confront the ghosts from the past and grapple with the emotional toll his dreams have taken on the family who supported him.

Affleck and Jupe will play the adult and teenage versions of Donnie, with Goggins and Grazer portraying those of Joe. Deschanel will play Donnie’s wife Nancy, with Bridges as Emerson patriarch Don Sr., and Messina as Light in the Attic Records executive Matt Sullivan.

Walton Goggins, Jack Dylan Grazer and Chris Messina have also been cast in the project, which is now in production in Spokane, Washington.

Pohlad, who previously tackled Beach Boys co-founder Brian Wilson in the biopic Love & Mercy, wrote the screenplay and is directing.