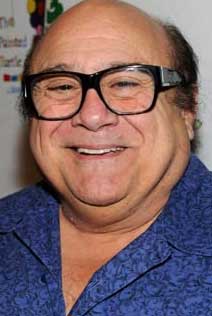 Danny DeVito has joined the luminous cast of Haunted Mansion, Disney's ghostly family adventure based on one of the company’s signature theme park rides.

Danny DeVito is set to appear alongside Owen Wilson in the latest attempt at a film adaptation of The Haunted Mansion. The screen icon joins an exciting ensemble cast which includes LaKeith Stanfield, Tiffany Haddish, and Rosario Dawson. Justin Simien, the director behind Dear White People, is in place to helm the film. DeVito has been busy filming a sequel to his hit 1988 comedy Twins, alongside co-star Arnold Schwarzenegger.

While plot details are being kept strictly under wraps, THR reports that DeVito has signed on to play "a smug professor". According to the site, the film is set to follow a mother and her son who stumble across a mansion with a mysterious past, and subsequently find themselves encountered by a number of eclectic characters while they unravel the building's unsettling past.

Haunted Mansion, directed by Justin Simien and written by Katie Dippold, went into production in New Orleans and Atlanta last week, with the former location seemingly hinting at the story behind the original Disneyland attraction, which calls New Orleans Square its home. The film is Disney’s second attempt to adapt the iconic attraction for film, after an unsuccessful attempt starring Eddie Murphy, Nathaniel Parker, and Jennifer Tilly was released in 2003.