Will Poulter Joins Marvel's 'Guardians of the Galaxy Vol. 3' as Adam Warlock. 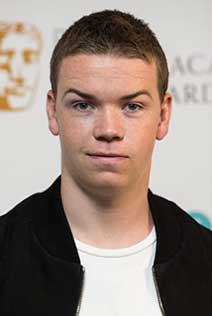 Will Poulter has scored the key role of famed Marvel character Adam Warlock in the upcoming Marvel Studios title "Guardians of the Galaxy Vol. 3", which writer-director James Gunn is set to start shooting later this year.

"Welcome to the Guardians family, Will Poulter", Gunn posted to Twitter on Monday. "He's an amazing actor and wonderful guy. See you in a couple weeks."

Like with any Marvel film, details behind the plot are being kept under lock and key. Production is expected to start in November.

The character was first teased in a post-credit scene of Guardians of the Galaxy Vol. 2, when Ayesha, played by Elizabeth Debicki, unveils to her chambermaid the perfect Sovereign she has created to help destroy the Guardians once and for all. Ever since that scene, fans have waited patiently to see who would ultimately play that character, with their wishes now granted.

Jack Kirby and Stan Lee created the character, a genetically perfect immortal cosmic being with basically every superpower you could think of. How that’s being translated on screen isn’t clear at this point.

Chris Pratt, Zoe Saldana, Dave Bautista, Karen Gillan, Bradley Cooper, and Vin Diesel are all returning for the new film which begins filming in November. Poulter will soon be seen in Hulu's "Dopesick".