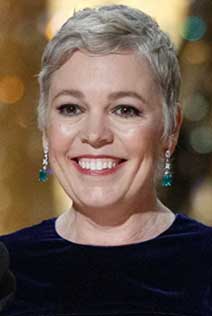 Olivia Colman, Rowan Atkinson and Sally Hawkins have joined Warner Bros’ Wonka as production got underway in the UK on Wednesday.

The trio join Timothée Chalamet in the lead role as Willy Wonka in the studio’s Roald Dahl spin-off.

Rowan Atkinson is best known for is work in the "Johnny English", "Black Adder" and "Mr. Bean" franchises. Olivia Colman is an Oscar winner for "The Favourite" and a nominee for "The Father". She just captured an Emmy for channeling Queen Elizabeth II on "The Crown". And Sally Hawkins earned Academy Award nominations for "Blue Jasmine" and "The Shape of Water".

The Paul King-directed prequel is the third adaptation of the iconic Roald Dahl story for Warner Bros. The studio famously made the first film in 1971 that starred Gene Wilder as the titular character. Then the studio brought it back with a Tim Burton-directed remake in 2005. Burton’s Charlie and the Chocolate Factory saw longtime friend Johnny Depp play the Wonka role in one of his most popular to date.

With songs written by The Divine Comedy's Neil Hannon, Wonka will reportedly focus on a young Willy Wonka and his adventures before opening the world’s most famous chocolate factory.