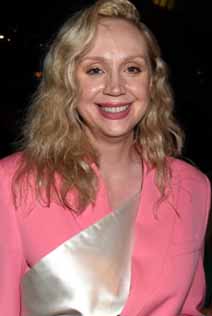 Gwendoline Christie, who played the fan-favorite knight on Game of Thrones, has been cast as Principal Larissa Weems in Wednesday, Tim Burton's Wednesday Addams series coming soon to Netflix. The show follows the young Addams family daughter, played by Jenna Ortega, as she attends Nevermore Academy and gets up to all sorts of supernatural fun.

The eight-episode series - a live-action, comedic, supernatural mystery that Netflix ordered in February - revolves around Wednesday Addams (Jenna Ortega) going to the Nevermore Academy. Larissa (Christie) is the principal there, and according to Netflix, she "still has an axe to grind with her former classmate Morticia Addams".

The coming-of-age comedy, written by Smallville creators Al Gough and Miles Millar and to be directed by Tim Burton, is a sleuthing, supernaturally infused mystery charting Wednesday Addams’ (Ortega) years as a student at Nevermore Academy. That’s where she attempts to master her emerging psychic ability, thwart a monstrous killing spree that has terrorized the local town, and solve the supernatural mystery that embroiled her parents 25 years ago - all while navigating her new and very tangled relationships at Nevermore.