'Venom: Let There Be Carnage' Moves Up Release Date. 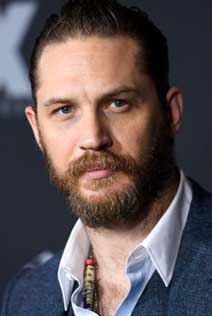 Sony Pictures has once again moved the release date of "Venom: Let There Be Carnage", announcing on Monday that it will be pushed up two weeks from Oct. 15 to Oct. 1. It was initially slated to premiere Sept. 24.

This latest release date change follows the success of Shang-Chi and the Legend of the Ten Rings, which just premiered in theaters. The Marvel movie pulled in $75.5 million over the weekend with a $90 million haul for its first four days of release, obliterating the Labor Day weekend box office record in spite of the pandemic. This success likely helped convince Sony that people are still willing to head to the theaters for the right movies, and there's certainly enough excitement surrounding the release of Venom 2.

Andy Serkis directs Venom: Let There Be Carnage, succeeding original Venom helmer Ruben Fleischer. Original co-writer Kelly Marcel returned to pen the screenplay which was crafted with star Tom Hardy. Marcel has previously spoken about how involved Hardy was with the story, as he became very passionate about the movies and hisEddie Brock character following the success of Venom in 2018.

Venom opened to $80 million in October 2018 and became a runaway hit for Sony with $213 million grossed domestically and $856 million worldwide. While the sequel isn’t expected to come close to that, Sony could still see a boost to its 2021 grosses from hardcore Marvel fans while fulfilling the promise its top execs made at CinemaCon to remain committed to theatrical exclusivity.