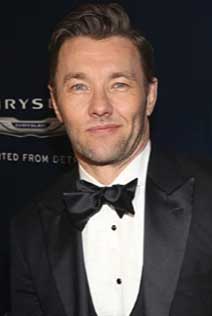 Edgerton will play the master gardener of an American estate who is forced to confront his dark past. His character Narvel Roth is described as a meticulous horticulturist of Gracewood Gardens. He is as much devoted to tending the grounds of this beautiful and historic estate as he is to pandering to his employer, the wealthy dowager Mrs. Haverhill (Weaver). When Weaver’s character demands that he take on her wayward and troubled great-niece Maya as a new apprentice, chaos enters Narvel’s spartan existence, unlocking dark secrets from a buried violent past that threaten them all.

Schrader is on a bit of a hot streak after scoring an Oscar nod for his screenplay for "First Reformed". Astoundingly that marked his first nomination despite penning some of the greatest movies ever made.

Amanda Crittenden of KOJO Studios and Scott LaStaiti will produce together with David Gonzales, Schrader’s manager. Shooting will begin early next year in the southern United States.