Ewan McGregor and Ethan Hawke to play half-brothers in 'Raymond And Ray' for Apple Studios. 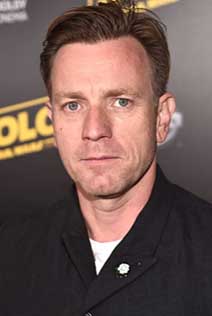 Ewan McGregor and Ethan Hawke have been tapped to take on the role of half-brothers in AppleTV's 'Raymond and Ray'.

McGregor will play Raymond, while Hawke will portray Ray, both of whom grapple with the legacy of their difficult relationship with their demanding Father.

Rodrigo García will direct for Apple Original Films from his screenplay about two men who get the chance to reinvent themselves at the funeral of the terrible father who cast a shadow over their lives. The ceremony presents an opportunity to vent anger and pain, with folly, possibly love, and grave-digging.

"Raymond and Ray" is just the latest Apple Original movie to woo a couple of big-name actors. We recently heard that the Apple TV+ service was in a bidding war with Netflix for the next Jennifer Lawrence movie, and it already has Julianne Moore and Sebastian Stan lined up for "Sharper." This comes in addition to other upcoming titles like "The Tragedy of Macbeth," starring Denzel Washington and Frances McDormand, and "Killers of the Flower Moon," starring Jesse Plemons, Leonardo DiCaprio, and Robert DeNiro.

McGregor was last seen portraying designer Roy 'Halston' in the Netflix series, he will also be reprising his role in Disney plus 'Star Wars' spin-off series 'Obi-Wan Kenobi.'

Hawke was last seen in 'The Good Lord Bird', his upcoming projects include the Blumhouse horror film 'The Black Phone' and Rian Johnson's 'Knives Out 2'.