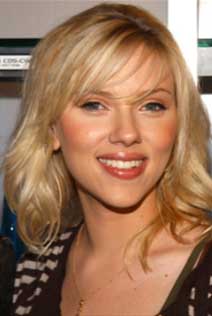 The Avengers co-stars Chris Evans and Scarlett Johansson will co-star in Ghosted, an Apple TV+ movie described as a romantic action adventure.

Chris Evans and Scarlett Johansson have signed on to star in the upcoming film, "Ghosted", which is being produced by Apple Studios and Skydance. The film is described as a romance action-adventure, but plot details are scarce. We do know the film is being written by Paul Wernick and Rhett Reese, the two are best known for writing "Deadpool" and "Zombieland", and it will be directed by Dexter Fletcher.

This reunion is also coming at an interesting time as it seems that both actors are finished with the MCU at this time. Evans had his Steve Rogers character written out of the story in a way that would seem difficult for him to continue in Avengers: Endgame. The same could be said for Johansson's Natasha Romanoff, albeit her end was more definitive. She returned to the role for this year's Black Widow, although that was a prequel and there are no plans to continue on with the character at Marvel Studios.

This is just the latest big film purchase for Apple, which has snapped up Martin Scorsese's next film, Killers Of The Flower Moon and Emancipation, starring Will Smith.

Johansson recently signed on to Wes Anderson's next film, while Evans shot The Gray Man, directed by Joe and Anthony Russo.