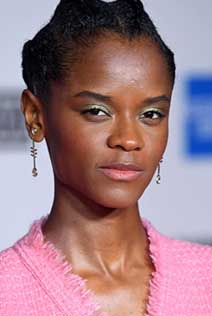 Letitia Wright has been hospitalized with minor injuries after a stunt rig accident on the set of "Black Panther: Wakanda Forever".

"Letitia Wright sustained minor injuries today while filming a stunt for 'Black Panther: Wakanda Forever'. She is currently receiving care in a local hospital and is expected to be released soon", a spokesperson for Marvel said in a statement.

It's understood that the 27-year-old actress sustained the injuries during a minor incident involving a stunt rig.

Wright was taken to a nearby hospital to be treated for the unspecified injury, but no changes to the film's shooting schedule will have to be made. Wright plays Shuri, the sister of King T'Challa, who provides the Black Panther and his allies with state-of-the-art Wakandan technology.

While the Marvel family continues to grow, its stars continue to mourn the loss of beloved co-star Chadwick Boseman. Saturday, Aug. 28 will mark one year since the 43-year-old actor died of colon cancer.

Last week, Marvel chief Kevin Feige said the new movie will honor the late star. "It's clearly very emotional without Chad," Feige told Variety. "But everyone is also very excited to bring the world of Wakanda back to the public and back to the fans. We're going to do it in a way that would make Chad proud."