'Church Of Living Dangerously' Will Star Christian Bale As A Drug Smuggling Preacher. 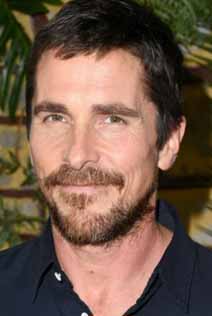 Christian Bale Will Star Bale as a Drug Smuggling Preacher in "The Church of Living Dangerously," by David Kushner.

Bale will star as John Lee Bishop, the married pastor and natural showman of The Living Hope Church which became so big at his peak it filled a former K-Mart superstore in Portland Oregon.

He also had a rough childhood raised in bare-knuckle fight clubs, nearly got mauled by a Bengal tiger during one of his sermons, and was caught in an affair with a church employee along with having a raging painkiller and drinking problem.

Bishop's son, David, sadly became addicted to heroin and meth while Bishop himself was drinking and popping painkillers. The church's board eventually fired the whole family. Bishop went to rehab and sobered up. However, he then decided to take heroin as a way to understand his son's addiction. Not surprisingly, his life got worse from there, and Bishop soon found himself smuggling drugs.

The film will be produced by New Regency and Bale, along with Ellen Goldsmith Vein and Eric Robinson of The Gotham Group. Randolph and Kushner will serve as executive producers, together with Margaret Riley.

Bale has taken on a lot of interesting roles. He's arguably best known for playing Batman/Bruce Wayne in Christopher Nolan's take on the DC superhero. He's also, however, played former Vice President Dick Cheney in Vice and racecar driver Ken Miles in Ford v. Ferrari. He's also entered the MCU and will be playing the villain Gorr the God Butcher in Thor: Love and Thunder.