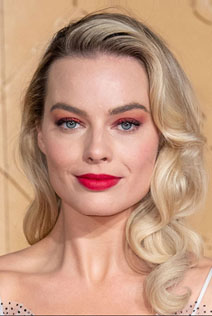 Two time Oscar-nominated actress Margot Robbie is now on board the new Wes Anderson film set to shoot in Spain later this month.

Margot Robbie is the newest member of the club in Wes Anderson's upcoming film, following Tom Hanks in the roster for first time collaborations. Regular Anderson players Tilda Swinton, Bill Murray, and Adrien Brody have already been cast. The plot is, as usual, under wraps, but it is rumored she will have a supporting role.

Anderson's next feature 'The French Dispatch' is set for an October 22nd release, The film is a love letter to journalists set in an outpost of an American newspaper in a fictional 20th-century French city and brings to life a collection of stories published in "The French Dispatch" magazine. The film has a stellar cast comprising off Benicio del Toro, Frances McDormand, Jeffrey Wright, Adrien Brody, Timothée Chalamet, Léa Seydoux, Tilda Swinton, Mathieu Amalric, Lyna Khoudri, Stephen Park, Owen Wilson and Bill Murray.

Margot Robbie came on to the Hollywood movie scene in full force back in 2013's Oscar-nominated Martin Scorsese film The Wolf of Wall Street. She played such a good part opposite Leonardo DiCaprio that she quickly catapulted in to the limelight. She was soon cast in the 2016 Suicide Squad picture as Harley Quinn which made her an even bigger star. But, it was her role in 2017’s acclaimed I, Tonya that landed her an Oscar nomination for Best Actress.