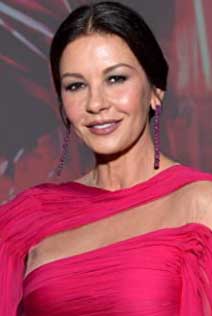 "Our Addams family is expanding," the streaming service announced on Twitter. "Catherine Zeta-Jones will step into the iconic silhouette of Morticia Addams while Luis Guzmán will bring to life the debonair Gomez Addams in the upcoming TV series Wednesday, starring Jenna Ortega as Wednesday Addams and directed by Tim Burton."

Netflix has already committed to an eight-episode order of Wednesday, although it's unclear when filming is slated to begin. Moving the story forward by focusing on an older Wednesday after she leaves the family mansion to attend Nevermore Academy. Her attempts to "master her emerging psychic ability, thwart a monstrous killing spree that has terrorized the local town, and solve the supernatural mystery that embroiled her parents 25 years ago - all while navigating her new and very tangled relationships at Nevermore."

Tim Burton will direct all eight episodes of Wednesday, which feels very much in line with the aesthetic he has carved out for himself in his thirty-plus year career, almost to the point where his involvement here feels like self-parody. Even with the show’s slightly different approach to this story - it follows Wednesday as she heads off to Nevermore Academy instead of primarily focusing on the antics of the entire Addams family - this very much feels like familiar ground for the director, who only five years ago directed Miss Peregrine’s Home for Peculiar Children.