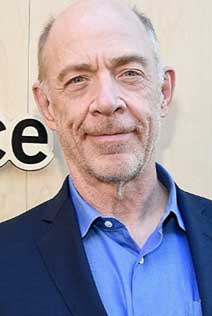 J.K. Simmons is in talks to return to the DC Universe as Commissioner Jim Gordon in the upcoming HBO Max film "Batgirl".

Simmons previously played Gordon in the 2017 film "Justice League" and returned to the role for additional footage in Zack Snyder's 2021 director's cut of the film. Simmons would star alongside "In the Heights" alum Leslie Grace, who was recently cast in the lead role.

J.K. Simmons told Entertainment Tonight in 2019 that he had signed on to play the role for three movies and was hoping to get the chance to return in future projects. It would appear that he will get his wish with Batgirl providing the perfect opportunity for him to be featured in more of a major role as the main character's father.

Simmons is very well known for his role in Marvel movies as J. Jonah Jameson, Peter Parker's boss at the Daily Bugle. He is set to reprise his role in the upcoming sequel Spider-Man: No Way Home. Simmons, who won the Best Supporting Actor Oscar for his role in Whiplash, is also set to appear as I Love Lucy actor William Frawley in the upcoming biopic Being the Ricardos. We last saw him in Amazon's The Tomorrow War as Chris Pratt's estranged father.

Christina Hodson, who penned Birds of Prey along with the upcoming movie The Flash, wrote the screenplay for Batgirl. Bad Boys for Life helmers Adil El Arbi and Bilall Fallah are directing with Kristin Burr producing.