Ron Perlman To Voice Optimus Primal In 'Transformers: Rise Of The Beasts'. 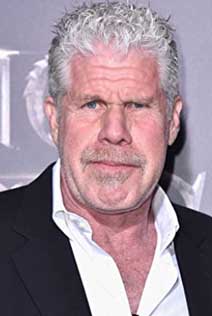 Ron Perlman has been added to the cast of the upcoming 'Transformers: Rise of the Beasts' to take on the voice of Optimus Primal.

Voiced by Ron Perlman, Optimus Primal is the leader of the beast-like Maximals with the ability of transforming himself into a gargantuan gorilla. Other characters that will be introduced in the movie include the falcon-like Airazor and the rhino-like Rhinox. Classic Transformers characters like Mirage and Arcee will also return.

The title of the movie was just recently revealed. The next installment of the long-running Transformers franchise will focus on the Beast Wars by bringing the Maximals, Predacons, and Terrorcons into the battle on Earth between the Autobots and Decepticons.

Perlman, who is best known for playing 'Hellboy', he will soon be seen in Guillermo del Toro’s next film 'Nightmare Alley', as well as his stop-motion animated 'Pinocchio' movie

Filming on 'Rise of the Beasts' is expected to begin very soon, as the release date for the feature is already set for June 24, 2022.