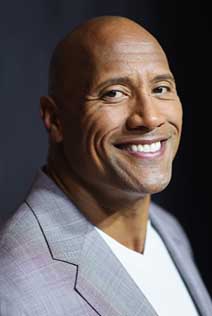 The project will be written by Chris Morgan, the Fast and Furious scribe who worked with Johnson on four Fast movies as well as the Johnson-led 2019 spinoff, Hobbs & Shaw. And it is based on a original story by Hiram Garcia, Seven Bucks’ president of production.

Hoping to make their own mark in the action-blockbuster department after the recent big-budget acquisitions of Without Remorse and The Tomorrow War, Amazon Studios clearly envisage big things for their team-up with Johnson, heralding Red One as "a property that could encompass not only a tentpole film, but could reach beyond entertainment across multiple industries and businesses."

The deal is a statement-making moment for Amazon Studios and its chief Jennifer Salke, who has made a big push to acquire splashier properties. Amazon initially focused on awards contenders such as "Manchester by the Sea" and indie fare like "Brad's Status" and "Wiener-Dog". After Salke came on board in 2018, the company has augmented those offerings with the likes of "Borat 2", the Michael B. Jordan thriller "Without Remorse", and "Coming 2 America", taking advantage of the pandemic era shutdown of movie theaters to acquire those properties from traditional studios like Paramount and Universal. Partnering with Johnson gives Amazon access to one of the world’s biggest stars, with hits on his resume that include "San Andreas" and "Jumanji: Welcome to the Jungle".

The movie will film in 2022 for a 2023 holiday release. Amazon will look to exploit the property across multiple ancillaries in addition to being a tentpole film.