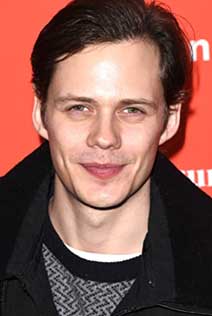 Bill Skarsgård is joining Mr. Wick in the fourth chapter of the action saga.

"John Wick: Chapter 4" will see John Wick and The Bowery King going to war against The High Table, a mysterious international group of puppet masters that control this fantastical world of assassins and criminal syndicates with an iron fist.

John Wick: Chapter 4 stars shooting this summer in Europe in time to meet its current May 27, 2022 release date. Shay Hatten and Michael Finch (Predators) have written the script, with Chad Stahelski directing once again

Skarsgard is best known for his role as Pennywise in the 'It' films, he has also starred in Netflix series ‘Hemlock Grove’ as Roman Godfrey, Netflix movie ‘The Devil All The Time’ as Willard Russell and Marvel’s ‘Deadpool 2’ as Axel Cluney / Zeitgeist.