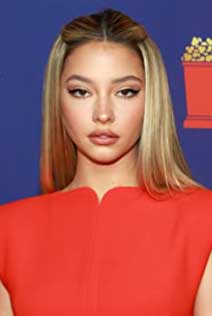 Madelyn Cline took the world by storm with her starring turn in the hit series Outer Banks. The show follows her quick witted and warm hearted Sarah Cameron and a tight-knit group of friends as they are forced to navigate a chain of illicit events that take place during a life changing summer at the beach destination of the Outer Banks off the coast of North Carolina. Cline will return for season 2 of Outer Banks this summer.

Writer/director Rian Johnson is bringing his murder mystery concept to Netflix after a big deal for two sequels was hammered out.

Johnson is to write and direct the movie and will produce with his partner Ram Bergman with Daniel Craig reprising the role of super sleuth Benoit Blanc.

nives Out first hit theaters in November 2019 to rave reviews from critics, garnering three Golden Globe nominations and an Oscar nod for Best Original Screenplay, and was a smash hit at the box office, grossing over $311 million at the global box office on its $40 million budget.