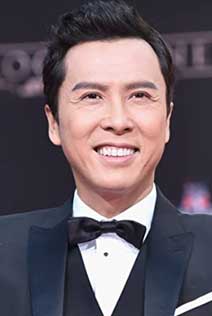 Donnie Yen will co-star with Keanu Reeves in John Wick 4 as an old friend of John who shares the same history and many of the same enemies.

"We are very lucky to have Donnie Yen join the franchise," director Chad Stahelski said in a statement. "I am looking forward to working with him in this exciting new role."

Yen will play one of John Wick's oldest friends, a fellow assassin who shares many of the same enemies as the man known as Baba Yaga. The film will see the assassin continue his endless quest for revenge, teaming up with the Bowery King (Laurence Fishburne) to get revenge on the High Table, the organization that sets the rules that all assassins must agree to.

Producer Basil Iwanyk added: "Donnie Yen will bring a vibrant and powerful energy to the franchise. We were determined to bring him on board to John Wick 4 and are thrilled for the opportunity to have such a major talent to collaborate with Keanu."

Yen, who has become one of the biggest stars at the Chinese box office with the Hong Kong "Ip Man" series, recently appeared in Hollywood blockbusters like "Rogue One: A Star Wars Story" and the 2020 remake of "Mulan". He now joins an action franchise that has become increasingly successful for Lionsgate, as "John Wick: Chapter 3" grossed $325.6 million worldwide to bring the series’ lifetime gross total to $573 million.

No plot details on John Wick: Chapter 4 have been released. The project will begin production this summer shooting on location in France, Germany, and Japan. The film is set to release on May 27, 2022.