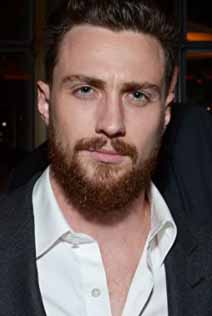 Aaron Taylor-Johnson has nabbed the lead role as Kraven the Hunter in Sony's Marvel film, the studio announced on Wednesday.

The studio also locked in the actor for multiple pictures as the iconic "Spider-Man" villain. J.C. Chandor is directing "Kraven the Hunter". The project is being billed as the next chapter of Sony's universe of Marvel-licensed characters.

Art Marcum, Matt Holloway, and Richard Wenk wrote the screenplay for Kraven the Hunter, which is billed as the next chapter of Sony's universe of Marvel characters - a cinematic universe that also includes Venom and Morbius. Avi Arad and Matt Tolmach are producing the project. It's still unclear who will be directing the movie, but Sony has set a release date for Jan. 13, 2023.

Rumors of a Kraven the Hunter feature film started in 2017, following the release of Spider-Man: Homecoming, a joint venture between Sony and Marvel Studios. J.C. Chandor, director of the Netflix film Triple Frontier, was reportedly tapped to helm Kraven the Hunter in 2020.

Created by Stan Lee and Steve Ditko, Kraven debuted in 1964's The Amazing Spider-Man #15. Known as a big game hunter, Kraven saw Spider-Man as his next target to prove he was the greatest hunter in the world. The character is best known from the 1987 storyline "Kraven's Last Hunt."