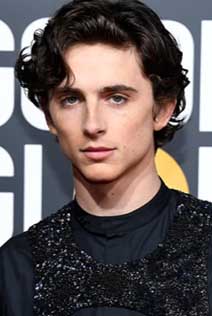 Timothée Chalamet will play the world's most famous chocolatier in "Wonka", a musical based on the early life of Willy Wonka.

Though plot details have been kept under wraps, the Warner Bros. prequel film will explore the upbringing of the man who later created the famous house of confectionary treats. Reps for Chalamet confirm he will be singing and dancing in the movie.

"Wonka" is set to be directed by Paul King, who is best known for his work as the writer-director of the 'Paddington' films. He’s co-writing "Wonka" alongside Simon Farnaby. Obviously, this is a major film for WB and there has been a revolving door filled with writers and filmmakers that have tried to get this feature into production.