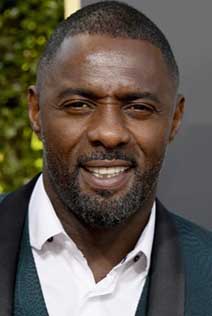 Warner Bros. came out on top in a bidding war for Stay Frosty, an action thriller that will star Idris Elba and be directed by Sam Hargrave.

Stay Frosty will follow a man who has miraculously survived taking a bullet to the head and has to figure out who wants him dead and why, all while needing to stop the assassin so he can make it back home in time to spend Christmas with his son. The project will be something of a throwback to classic '80s action movies such as Die Hard and Lethal Weapon. The script has been penned by Tyler Marceca, who wrote the Black List script The Disciple Program which now has Mark Wahlberg attached to star.

Idria Elba recently wrapped production on George Miller's Three Thousand Years of Longing with Tilda Swinton, and will next be seen in James Gunn's The Suicide Squad, which will hit theaters and HBO Max on August 6, 2021. As for Sam Hargrave, he's attached to helm a sequel to Extraction, which is expected to start production this fall, and he's also slated to direct Jake Gyllenhaal in Combat Control, a military drama which tells the true story of Medal of Honor recipient John Chapman.