Hannah John-Kamen To Be The New Red Sonja. 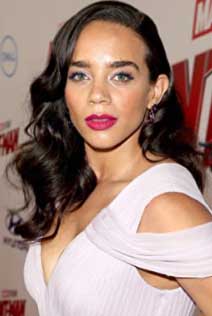 "Ant-Man and the Wasp" villain Hannah John-Kamen has been cast as the title character in the new "Red Sonja" film at Millennium.

Transparent creator Joey Soloway is directing the project and co-wrote the script with Tasha Huo, and they have come up with a fresh take on the character originally created by Roy Thomas and Barry Windsor-Smith for Marvel Comics’ Conan The Barbarian comic in the early 1970s as an amalgam of several characters from Conan creator Robert E. Howard.

"Hannah is a very talented actress who we’ve been following for years and she IS Red Sonja," said Soloway in a statement carried by The Hollywood Reporter. "Her range, sensibilities and strength are all qualities we have been looking for and we couldn’t be more excited to embark on this journey together."

This marks John-Kamen’s first major feature project as the titular lead after appearing as a villain or as a supporting character in a number of high-profile films like Star Wars: The Force Awakens, Tomb Raider, Ready Player One, and Ant-Man and the Wasp. She will next be seen as Jill Valentine in Sony Pictures’ Resident Evil: Welcome to Raccoon City.

Red Sonja is a sword-and-sorcery character that was created by Robert E. Howard, writer Roy Thomas, and artist Barry Windsor Smith for Marvel Comics in 1973. The character is described as fiery and strong enough to go toe-to-toe with Conan while refusing his advances. Her solo comics are still being published today through Dynamite Entertainment.