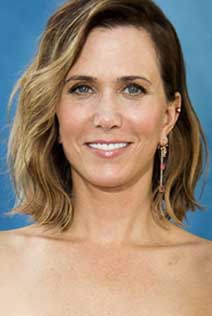 Kristen Wiig and Annie Mumolo, the creative minds behind "Bridesmaids" and "Barb and Star Go to Vista Del Mar", are reteaming on a movie about Cinderella’s evil stepsisters.

Wiig and Mumolo, who recently teamed on the comedy Barb and Star Go to Vista Del Mar, will write the script for the still untitled, live-action film, though they’re not starring in the film, which is still in early development.

The two have been friends for decades, first meeting at the L.A. improv group The Groundlings in the early 2000s. In 2011, they wrote Bridesmaids, one of the most successful R-rated comedies in decades. The film  starring Wiig, Maya Rudolph and Melissa McCarthy  earned nearly $300 million at the box office and scored an Oscar nomination for original screenplay.

The film is a fairy tale musical comedy that re-imagines the Cinderella classic from the point of view of her infamous evil stepsisters. Spanning their early childhood through the marriage of their universally beloved stepsister and beyond, we follow Anastasia and Drizella Tremaine as they struggle to uphold their family’s legacy.

Will Ferrell and Jessica Elbaum for their Gloria Sanchez Productions will produce the untitled evil stepsisters movie.