Natalie Portman to Star in 'The Days of Abandonment' Adaptation for HBO. 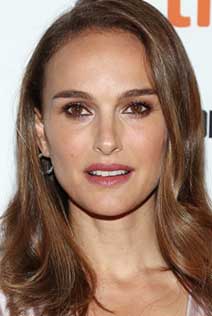 Natalie Portman has signed on to lead the cast of the upcoming HBO Films production "The Days of Abandonment".

The movie, which is currently in pre-production, is based on the Elena Ferrante novel of the same name. In the film, when Tess (Portman), a woman who abandoned her own dreams for a stable home life, is in turn abandoned by her husband, her world is thrown off its axis.

Maggie Betts is directing, writing and executive producing the film based on Ferrante’s acclaimed novel, first published in Italian in 2002 and republished in English in 2005.

Ferrante's "The Days of Abandonment" is described as a a visceral, no-holds-barred journey into the mind of a woman in crisis that confronts the norms of motherhood and female identity as Portman’s character traverses the darkest reaches of her own psyche.

The movie is the second high-profile TV project that Portman has signed on to recently. She'll also star with Lupita Nyong'o in an Apple limited series based on Laura Lippman's novel Lady in the Lake. HBO, meanwhile, has renewed My Brilliant Friend, the series based on Ferrante's Neapolitan novels, for a third season.