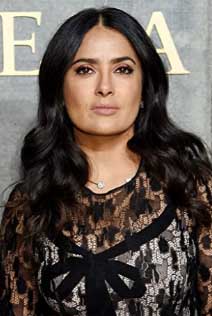 Salma Hayek has become the latest addition to House of Gucci, the upcoming film from director Ridley Scott which sees Lady Gaga taking on the role of Patrizia Reggiani.

Hayek joins a cast that already includes Gaga, Driver, Jeremy Irons, Al Pacino, Jack Huston and Jared Leto. The film is both directed by Scott and tells the story about how Gaga's character, Patrizia Reggiani and the ex-wife to Maurizio Gucci, infamously carried out a hit on him less than two years after he sold the Gucci fashion empire to an investment group after the death of his father.

Roberto Bentivegna adapted Sara Gay Forden’s book The House Of Gucci: A Sensational Story Of Murder, Madness, Glamour And Greed. The film's story chronicles the 1995 murder of Maurizio Gucci (Driver), the grandson of founder Guccio Gucci, who ran the famed fashion house in the 1980s. Gaga is starring as Maurizio’s ex-wife Patrizia Reggiani, who was caught up in his murder. Reggiani was tried and convicted of orchestrating her ex-husband’s assassination on the steps of his office in Italy in 1995. She gained the nickname the Black Widow during the trial and served 18 years before being released from prison in 2016. Hayek is playing Pina Auriemma, who was a clairvoyant friend of Reggiani.

"So happy to have my good buddy Salma join our wonderful cast,," said producer Giannina Scott. "I've been talking with her about this Gucci project for 20 years. Now it’s happening and she is a part of it. Rid and I are thrilled."

Hayek was most recently seen in Amazon’s Bliss alongside Owen Wilson and has action sequel The Hitman's Wife’s Bodyguard and Marvel superhero ensemble Eternals incoming this year.