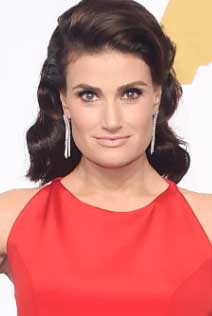 James Marsden and Idina Menzel are confirmed to return alongside Amy Adams and Patrick Dempsey for Disney+ Enchanted sequel, Disenchanted.

Disney sequel Enchanted 2, which will be titled Disenchanted, is finally making real progress, with stars James Marsden and Idina Menzel now confirmed to be returning alongside Amy Adams and Patrick Dempsey. This confirmation comes from legendary composer Alan Menken, who let the information slip while discussing the project recently, also revealing that Enchanted 2 has now begun filming.

In a recent Zoom interview composer Alan Menken confirmed the return of Menzel and Marsden.

Amy Adams is in it. Patrick is in it. Idina Menzel is in it. James Marsden  they’re in it, said Menken.

Menken said he is writing songs for the new movies and that it’s filming, and so far its really good.

Amy Adams has long been confirmed to return as Giselle, the fairy tale princess who finds herself lost in New York, and recently Patrick Dempsey has announced he’ll be back as her love interest in the sequel. But apart from that, it was unclear if the rest of the cast of Enchanted would be appearing in the sequel. Susan Sarandon and Timothy Spall both played the primary antagonists of Enchanted, but the premise of the sequel might mean that it will take place primarily in the real world. However, Marsden and Menzel’s inclusion means that the fairy tale world of Andalasia will factor in, in some way, as the two characters paired off and returned to the animated world together after Giselle chose to stay in New York.