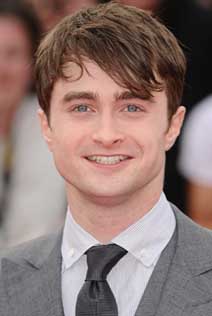 Daniel Radcliffe is the latest star to join the cast of Paramount's "The Lost City of D", taking on a villainous role in the romantic adventure.

Adam and Aaron Nee are directing The Lost City of D, which is the story of a reclusive romance novelist (Bullock) who gets stuck on tour with her bumbling cover model (Tatum), only for them to get caught up in a kidnapping attempt that sweeps them into the cutthroat jungle in an adventure and romance much like one of her paperback fictions.

Bullock is producing through her Fortis Films banner, with Liza Chasin and her company, 3dot Productions, and Seth Gordon is also attached to produce via Exhibit A.

Daniel Radcliffe since his "Harry Potter" days has most recently starred on the TBS series Miracle Workers and also was recently seen in the films "Escape From Pretoria" and "Guns Akimbo". Some of his other post-Potter credits have included "Beast of Burden", "Victor Frankenstein", "Now You See Me 2" and "Swiss Army Man", an indie dark comedy where he played a farting corpse.