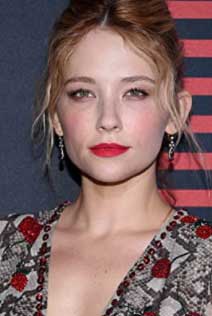 Haley Bennett has joined the cast of Eli Roth's adaptation of Borderlands for Lionsgate.

According to a press release, Haley Bennett will play a new role in the Borderlands movie. Details are largely being kept under wraps beyond that but it is said she will be a "key to the past of Cate Blanchett's character, Lilith.

The rest of the ensemble cast for Borderlands includes Kevin Hart as Roland, Jamie Lee Curtis as Tannis, Ariana Greenblatt as Tiny Tina, Florian Munteanu as Krieg and Jack Black as Claptrap.

The latest draft of the screenplay was written by Craig Mazin. The two-time Emmy winner is best known for his work on HBO's acclaimed miniseries Chernobyl. Avi Arad and Ari Arad are on board as producers via their company Arad Productions. Erik Feig is also producing through Picturestart. Randy Pitchford, the executive producer of the Borderlands video game franchise and founder of the Gearbox Entertainment Company, is on board as an executive producer on the project.

Haley Bennett has been on the rise in recent years. The actress most recently starred in director Ron Howard's Hillbilly Elegy, as well as the thriller The Devil All the Time, both of which were produced for Netflix. She is set to star alongside Peter Dinklage in Joe Wright's upcoming Cyrano. Some of her other credits include Swallow, The Red Sea Diving Resort and The Equalizer.