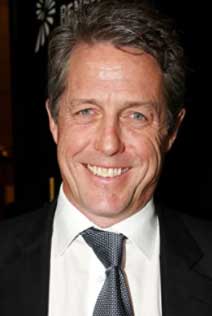 Hugh Grant and Sophia Lillis are set to join the cast of Paramount and eOne's untitled film adaptation of Dungeons & Dragons, Hasbro's wildly-popular game franchise from Wizards of the Coast.

Grant will reportedly star as the film’s villain while Lillis’ role is unknown.

Michelle Rodriguez, Chris Pine, Justice Smith and Rege-Jean Page also star in the film that will be written and directed by Jonathan Goldstein and John Francis Daley.

Plot details are being kept behind closed doors but will be written and directed by "Game Night" filmmakers Jonathan Goldstein and John Francis Daley who also co-wrote the first "Spider-Man" Marvel/Sony movie 'Homecoming.' The film is based on the beloved role-playing game; however, it's unknown if they’ll be using any particular stories from within the existing mythology or creating something brand new for the feature film using the game manuals as a guide.