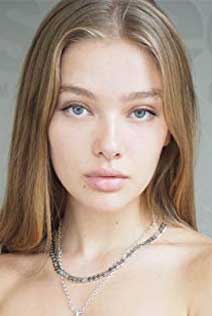 Jessica Alexander has joined the all-star cast of the highly-anticipated Disney live-action adaptation of The Little Mermaid.
Halle Bailey will portray Ariel, a mermaid princess who dreams of being a human, while Melissa McCarthy is playing her evil aunt Ursula. Javier Bardem is on board to play King Triton.

The Little Mermaid will be directed by Rob Marshall and is written by David Magee. The upcoming film will incorporate original songs from the 1989 animated classic, as well as new tunes from original composer Alan Menken with lyrics by Hamilton creator Lin-Manuel Miranda.

The project recently started filming in Pinewood Studios in London, under strict health and safety guidelines. The project was initially scheduled to start production almost a year ago, that was until the coronavirus pandemic caused the production to shut down the week before filming.

While Get Even was Alexander's breakout role, The Little Mermaid allows her the opportunity to break into the mainstream film world. It's not her only chance to do so, however. She's had a busy year, with starring roles in Ruth Paxton's forthcoming psychological thriller film, A Banquet, and Kelsey Egan's Glasshouse