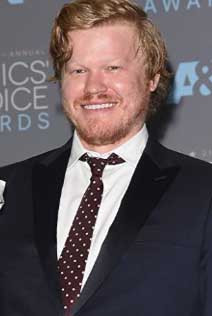 Two-time Emmy nominee Jesse Plemons has signed on to reunite with Martin Scorsese to star in his long-gestating adaptation of Killers of the Flower Moon.

He joins Lily Gladstone, who is playing Mollie Burkhart, an Osage married to Ernest Burkhart, played by Leonardo DiCaprio. DiCaprio’s Burkhart is the nephew of a powerful local rancher, who will see the legendary Robert De Niro tackle the role.

Killers of the Flower Moon depicts the graphic serial murder of members of the oil-wealthy Osage Nation, which became a string of brutal crimes that became known as The Reign of Terror. Plemons has signed on to star as the lead FBI agent Tom White who is investigating the murders.

Plemons is playing Tom White, a part that was originally earmarked for DiCaprio, but it was previously reported that DiCaprio decided that he’d rather play Ernest Burkhart, a more villainous character. DiCaprio’s change of heart caused Paramount to suddenly get nervous about the movie’s large budget - their reasoning being audiences would rather pay money to see DiCaprio as a good guy instead of an antagonist. As a result of Paramount’s cold feet, Apple swooped in and rescued the film, with DiCaprio sticking with the Burkhart part. De Niro will play DiCaprio’s uncle, a powerful local rancher, while Certain Women breakout Lily Gladstone will play Mollie Burkhart, an Osage woman married to DiCaprio’s character.