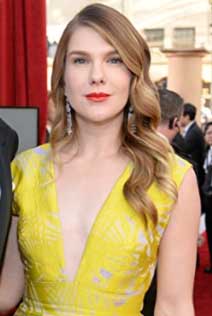 Lily Rabe has been cast as the female lead in The Tender Bar, the drama that George Clooney is directing for Amazon Studios.

Based on the J.R. Moehringer memoir of the same name, the story centers on an eight-year-old boy growing up in Long Island who seeks out his father at a local bar, only to instead build bonds with patrons at the bar that he looks up to as father figures and tries to find a way to move forward in his life and accept the love of his single mother. Tye Sheridan is in line to star as Moehringer while Oscar winner Ben Affleck is set to star as his uncle and Rabe as his mother.

The script for the film is written by William Monahan, best-known for his Oscar-winning work on the Martin Scorsese-helmed ensemble crime thriller The Departed, as well as Body of Lies and Edge of Darkness. The film adaptation was originally set at Sony with Theodore Melfi (Hidden Figures) attached to direct, but after he departed the project the studio put it into turnaround with Amazon acquiring the rights shortly after.