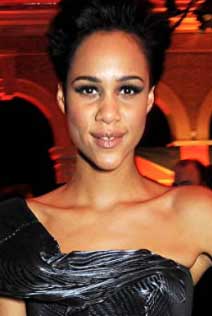 Marvel Studios has tapped actress Zawe Ashton to play a villain in Captain Marvel 2. As for which villain Ashton will be playing, that has not been announced at this time.

At the moment, it is unclear as to what role Ashton will play in the film, but several sources state that she has been roped in as the main villain. Along with Larson, the cast will include Iman Vellani, who is reprising her role as Ms. Marvel from the upcoming series of the same name, and Teyonah Parris as Monica Rambeau from WandaVision.

Zawe Ashton previously starred in Velvet Buzzsaw and Nocturnal Animals. In addition to her work on the big screen, the actress has been acting in theatre productions since 2007, and continues to do so. Ashton is also known her roles in comedy dramas Not Safe for Work and Fresh Meat.

In the first Captain Marvel movie, Carol Danvers (Brie Larson) was a human who gained superpowers but lost her memory in the process. As a result, she spent most of her life living as a member of the Kree alien race. However, Carol eventually regained her memories and learned that everything she had been taught was a lie. The majority of the movie was set in the 1990s, but the Avengers sequels subsequently brought the character into the present day  and that’s likely when the sequel will be set.

Anna Boden and Ryan Fleck directed the first movie, which also featured Samuel L. Jackson as Nick Fury, Jude Law as Yon-Rogg, Carol’s Kree mentor who turns out to be a villain, and a scene-stealing Ben Mendelsohn as Talos, the shape-shifting leader of the Skrulls.