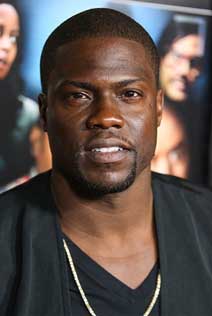 Kevin Hart has closed the deal and is signed on to play Roland in the upcoming Borderlands movie adaptation.

The 41-year-old actor will be joining Oscar winner Cate Blanchett for the film adaptation of the popular video game series.

Director Eli Roth is tackling the adaptation of the beloved video game series for the studio. The project was confirmed in February 2020 and has been, somewhat quietly, coming together behind the scenes. Now, the movie has taken one step closer to becoming a reality as Hart has been tapped to take on the role of Roland, a fan-favorite character from the games.

Chernobyl creator Craig Mazin is providing the script for the film, which will provide its own take on the game's basic story: it focuses on a group of four Vault Hunters, who travel to the distant planet Pandora to hunt down an alien vault that is rumored to contain advanced alien technology. They quickly find themselves battling the local wildlife and bandit population as they attempt to stop the head of a private army from reaching the vault first.

Hart will play Roland, a skilled soldier who is part of the mission. "I’m thrilled to be working with Kevin," says Roth. "Borderlands is a different kind of role for him, and we are excited to thrill audiences with a side of Kevin they’ve never seen before. He’s going to be an amazing Roland."