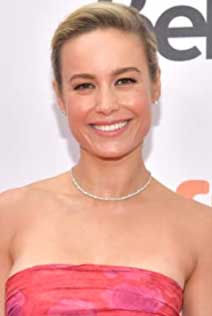 Actress Brie Larson will reportedly star in and executive produce the drama series Lessons In Chemistry.

Brie Larson is set to star in and produce a new series titled "Lessons in Chemistry", which landed a straight-to-series order from Apple TV+. The show comes from writer-producer Susannah Grant, best known for her Oscar-nominated work as a screenwriter on Erin Brockovich, and is based on the upcoming novel by author Bonnie Garmus.

Set in the 1960s and based on the upcoming debut novel by Bonnie Garmus, Lessons in Chemistry follows Elizabeth Zott, whose dream of being a scientist is put on hold in a society deeming that women belong in the domestic sphere, not the professional one. When Elizabeth finds herself pregnant, alone and fired from her lab, she accepts a job as a host on a TV cooking show, and sets out to teach a nation of overlooked housewives - and the men who are suddenly listening - a lot more than recipes,

This marks the second Apple series in which Larson will star. It was previously announced that she would star in a drama series at the streamer based on the real life experiences of CIA undercover operative Amaryllis Fox and her memoir, Life Undercover: Coming of Age in the CIA. That project was announced in March 2019 shortly after Larson debuted in the Marvel Cinematic Universe in Captain Marvel. However, sources say the CIA project stalled in the writing phase and was further delayed by COVID-19 pandemic. Due to Larson’s shooting schedule for Captain Marvel 2, the project is now on hold.