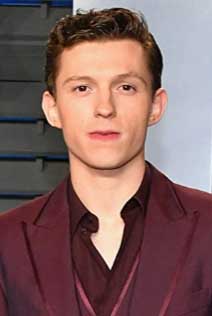 Tom Holland and Timothée Chalamet are apparently being considered to play Willy Wonka in another remake of the iconic movie.

Warner Bros. has set an official release date for Wonka, a Charlie and the Chocolate Factory prequel that tells the origin story of eccentric candy maker Willy Wonka. The movie will follow a "young Willy Wonka and his adventures prior to opening the world's most famous chocolate factory." Scheduled to release on March 17, 2023, the movie comes from Paddington director Paul King and Harry Potter producer David Heyman.

The prequel is said to have been in development for four years, with Ryan Gosling, Donald Glover, and Ezra Miller reportedly considered for the title role back in 2018.

Plot details for the new film are yet to be revealed, but the last remake in 2005 saw Tim Burton cast Johnny Depp as the lead role in Charlie and the Chocolate Factory.

The original was of course Gene Wilder in the 1971 film, more of an outlandish character compared to Johnny Depp’s mysterious portrayal.

Roald Dahl's original novel was famously adapted as the movie Willy Wonka & the Chocolate Factory in 1971. Gene Wilder played Wonka in the movie with Peter Ostrum co-starring as Charlie Bucket. With a plot very similar to the source material,