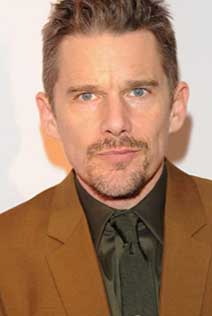 Ethan Hawke is a four-time Oscar nominee, including two for best supporting actor for "Training Day" and "Boyhood" and another two for best adapted screenplay for "Before Midnight" and "Before Sunset". His other recent film roles include 2016's "The Magnificent Seven", "Valerian and the City of a Thousand Planets", and "Tesla".