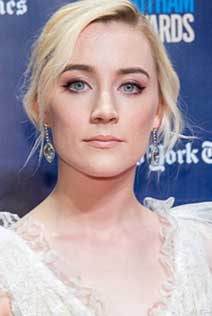 Saoirse Ronan, Sam Rockwell and David Oyelowo have all joined the cast for a currently untitled murder mystery feature for Searchlight Pictures.

The film, penned by Mark Chappell, portrays a desperate Hollywood film producer In 1950s London turning a popular West End play into a film, only to see members of the production be killed off.

The story is set in 1950s London, where a desperate Hollywood film producer sets out to turn a popular West End play into a film. When members of the production are murdered, world-weary Inspector Stoppard (Rockwell) and overzealous rookie Constable Stalker (Ronan) find themselves in the midst of a puzzling whodunit within London’s glamorous Theatreland and sordid underground.

Saoirse Ronan is back in the mix for awards-season accolades following her performance in the Neon love story Ammonite (2020). She can be seen next in Wes Anderson’s The French Dispatch.

Sam Rockwell is coming off his Emmy-nominated work in FX's Fosse/Verdon for his portrayal of legendary choreographer and director Bob Fosse. On the film side, he was recently seen in Clint Eastwood’s Richard Jewell and also recently voiced the title character in Disney's One and Only Ivan, The (2020).

David Oyelowo was most recently seen in the drama Come Away (2020) opposite Angelina Jolie. He has a handful of films bowing in the next several months that include the anticipated Netflix pic Midnight Sky, The (2020) in which he stars opposite George Clooney.