Colin Firth Will Fight Against Zombies In 'New York Will Eat You Alive'. 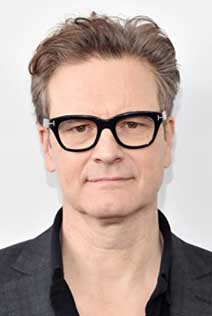 Oscar-winner Colin Firth has signed on to star in "New York Will Eat You Alive", an action-comedy film adaptation of the digital comic "Zombie Brother".

Todd Strauss-Schulson is helming the film, which is about a group of New Yorkers trying to survive a monster apocalypse.

Alex Rubens wrote the film’s screenplay with revisions done by Dan Gregor and Doug Mand. Originally created by Jia Haibo, Zombie Brother is one of the top titles in Tencent’s digital comics library. The comic is said to have been viewed over 28 billion times, and its animated series has been viewed 3.7 billion times over its first two seasons. The comic has also been adapted into a stage play.

The announcement was made on November 6th by Cheng and Adam Fogelson, the Chairman of the STXfilms Motion Picture Group.

In his press statement Fogelson said, "We always wanted to cast this in a way that would give life to the source material and elevate the action and you can't achieve that goal any better than hiring Colin Firth." He added "From The King's Speech to Kingsman, Colin always gives an Oscar-caliber performance. We're thrilled to be reuniting with him on New York Will Eat You Alive in a role that will allow him to have fun while showcasing his deadpan humor and comic timing."