Nicole Kidman To Star In 'Things I Know To Be True' Series For Amazon. 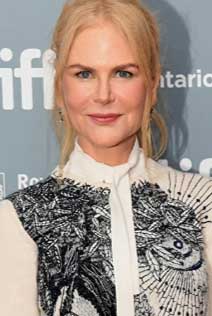 Nicole Kidman will star in and executive produce Things I Know To Be True for Amazon Studios, based on the play by Andrew Bovell.

The series will explore the resilience of an enduring marriage and how familial love can evolve. This marks her third Amazon series following "The Expatriates" and "Pretty Things" which are both still in the works.

Amazon Studios, Matchbox Pictures and Blossom Films are backing the project which will be executive produced by Kidman, Bovell, Per Saari, Jan Chapman, Amanda Higgs and Alastair McKinnon.

"Thing I Know To Be True is a wonderfully complex and intense emotional journey exploring what pulls a family apart and tests the very bonds of love that unite them." said Amazon Studios head Jennifer Salke.

Kidman said: "I'll never forget the experience I had watching Andrew’s play in Sydney, having one of those transcendent theatre experiences. Andrew's play is exquisite and his scripts for the series are just as good. With Amazon's belief, Jen Salke’s guidance, and an extraordinary producing team, we have big hopes for what this can be."