Adam Sandler will blast off into space for The Spaceman of Bohemia. 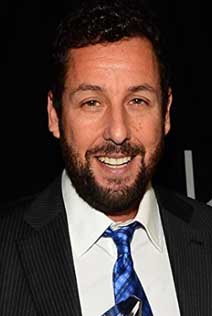 Adam Sandler will portray an astronaut in Netflix's untitled adaptation of Jaroslav Kalfar's novel "The Spaceman of Bohemia".

Based on the Jaroslav Kalfar novel The Spaceman of Bohemia, the as-of-yet untitled film adaptation will star Sandler as as an astronaut sent on a space mission to collect ancient dust on the edge of the galaxy. While there, a mysterious space voice speaks to him and offers him solutions to his increasingly volatile earth life - but what happens when he discovers this voice belongs to an ancient creature hiding within his ship?

Johan Renck, whose credits include "Chernobyl", "Last Panthers", and "Downloading Nancy", is directing from a script by Colby Day.

"As we prepare for our voyage to Chopra, I couldn’t be more pleased to have found the perfect partner in Adam", Renck said. "And now, with the support of the brilliant Netflix family, I am profoundly excited to set off on our impossible journey."

Adam Sandler and Netflix have partnered on half a dozen movies so far. In January, the streamer announced that it had extended its deal with Sandler and his Happy Madison Productions for four more films. It said at the time that Sandler's "Murder Mystery" was the most popular title on Netflix in the U.S. last year. "Murder Mystery", which co-starred Jennifer Aniston, was Sandler's sixth Netflix movie, including "The Ridiculous 6", "The Do-Over", "Sandy Wexler", "The Week Of" and "Hubie Halloween."