Chloë Grace Moretz to Star in Amazon Series 'The Peripheral'. 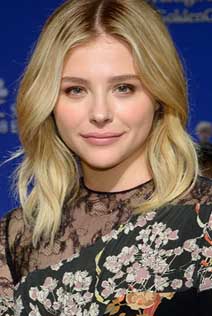 Chloë Grace Moretz has landed the lead role in Amazon's "The Peripheral" from "Westworld" creators Lisa Joy and Jonathan Nolan.

The sci-fi thriller drama, from creator/executive producer/showrunner Scott B. Smith, is based on the bestselling novel by William Gibson.

The Peripheral centers on Flynne Fisher (Moretz), a woman trying to hold together the pieces of her broken family in a forgotten corner of tomorrow's America. Flynne is smart, ambitious, and doomed. She has no future. Until the future comes calling for her. The Peripheral is Gibson's dazzling, hallucinatory glimpse into the fate of mankind - and what lies beyond.

Gibson's 2014 novel is pretty dense science fiction. It involves multiple futures, alternate timelines, and two different main characters (Flynne and a man named Wilf Netherton, who lives over 70 years in Flynn's future). The story jumps between these two, and they eventually end up interacting with each other.